LOS ANGELES, CA (@TheComedyNews)  -  After ending their promotional partnership with Chick-Fil-A, The Jim Henson Company has decided to make a new Muppet inspired by the anti-Gay fast food chain.

"We want to make clear that homophobia will not be tolerated.   We have ended our partnership with Chick-Fil-A, and we at The Jim Henson Company are making a new Muppet, Mr. Bigot:  a sad portly anti-Gay conservative who frequents Chick-Fil-A, and throws bad tea parties," a spokesman announced.

Part Mr. Bigot's personality will be constantly insisting that everyone eat fast food like Chick-Fil-A and say mean unprovoked comments at other characters.
Some of the more established Muppets are quite uncomfortable at the addition of such a vile character, yet recognize the importance of pointing out how harmful his lifestyle is.

"This new Mr. Bigot guy is such a disgusting jerk, he makes me sound as friendly as Kermit," said Oscar the Grouch, the curmudgeon Muppet for 43 years.  "Mr. Bigot thought I was his buddy since I'm a hoarder and grouchy all the time, but I'm actually a very progressive guy.  Believe it or not, my family and I recycle at home."
Wearing a confederate flag bandanna and a black t-shirt that reads "nObama", Mr. Bigot is meant to be the new beacon of bad influence amongst the Muppets.  "Biggy" is what he asks his friends to call him, but as expected, he will have none.
According to Oscar the Grouch, Mr. Bigot confided to him some of his plans to harass the other Muppets.  First, he will try to pin Animal down and shave him.   Mr. Bigot also plans on poking fun at Miss Piggy on her way to the gym, telling Rolf that Michael Vick has been invited over to "play", and yelling Jewish epithets at Gonzo. Oscar the Grouch also said that Mr. Bigot had unrepeatable vitriol aimed at Bert and Ernie.

The Jim Henson Company plans on introducing another character, Psy, a Psychologist whom Mr. Bigot must visit with once a week to work on eliminating his stubborn hate. 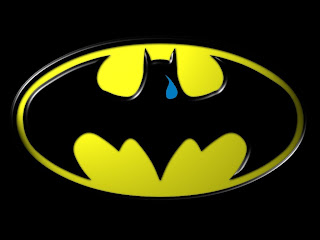 AURORA, CO (@The Comedy News)  The United States' gun nuts have already rushed to agree that rockstar Marilyn Manson, video game Doom, and the new Health Care Reform Law were the causes of the tragic movie theatre shooting in Aurora, Colorado.
One gun nut, Jethro Vonboothe, 27, blathered his reasoning: "I don't know much about Marilyn Manson, but I have a hunch he inspired this violence.  'Cuz I read some spooky things about Manson on a blog once."
Vonboothe's cousin/wife, Carrie Mae Vonboothe, 23, blathered that the first-person-shooter video game Doom also has blood on its hands for causing the tragic Dark Knight Rises shooting.  "Doom is the most violent video game ever,"  Mrs. Vonboothe explained.  "I know where kids these days learn how to be violent with guns, and it's Doom.  That's why I just take my kids to Church and they are only allowed to watch one hour of the History Channel--trying to keep the kids from being exposed to violence and hate."
The new Health Care Reform law has been blamed by some as the reason the awful shooting occurred.
"Having the Government provide health care to all Americans is already causing people to do all sorts of crazy things," blathered Mitchell Randolph, 54 of Tuscon, Arizona.   Randolph is an up-and-coming Twitterer, known for his support of voting rights for guns.
Randolph blathered on, "Socialized medicine providing vouchers for mental health counseling?  Ha, this is real life, not make-believe, son.  There's no such thing as mental health.  And we don't need the Government telling parents what to do and don't do with our precious guns.  Family history has shown that, parents know exactly how to take care of their kids and guns themselves."
All interviewed parties went on to blather that "If guns are outlawed, only outlaws will own guns."  Critics agree that this is great expository poetry, especially to those who have ever gotten goosebumps while listening to the song "Cat Scratch Fever".
Written by The Comedy News
Category POLITICS
Email ThisBlogThis!Share to TwitterShare to FacebookShare to Pinterest


PITTSBURGH, PA - (@ The Comedy News)  To celebrate the 50th Anniversary of Andy Warhol's Campbell's Soup painting, a group of well-meaning artists has made a shameful tribute to the pop artist's work by making a mosaic of Hot Pocket Boxes.

"Warhol is renowned worldwide for his colorful, repetitive portrayal of iconic high-sodium American cuisine," said one of the pop art commemorators.  "What better way to shame Warhol's visionary work for future generations than to make similar painting with an even less-healthier snack!"

Critics have said that The Hot Pockets XVI is an embarrasment to Warhol's legacy.  Many have suggested that for a 21st century rendition of his pop art, Warhol would have at least appreciated a mosaic of Bagel Bites.
Written by The Comedy News
Category LIFESTYLE
Email ThisBlogThis!Share to TwitterShare to FacebookShare to Pinterest