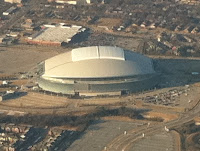 ARLINGTON, TX - (The Comedy News) - It didn't take long after the Super Bowl XLV confetti fell on the field at Cowboys Stadium for conspiracy theories to emerge surrounding the validity of the Green Bay Packers' victory over the Pittsburgh Steelers.
The Dallas Cowboys, the host team for this year's Super Bowl game, claim that the game was not even a valid game to be counted in the official record books. They argue that since Christina Aguilera did not properly sing The Star Spangled Banner at the beginning of the game, the game was in violation of NFL rules and should be voided altogether.

The incident that the Dallas Cowboys are citing is that Aguilera sang a few words in the United States' national anthem incorrectly. The lines in particular were sung, "what so proudly we watched at the twilight's last gleaming", instead of the correct lyrics, "o'er the ramparts we watched, were so gallantly streaming."

"The NFL requires The Star Spangled Banner to be sung before every game. Today, it was not sung," a Dallas Cowboys conspiracy theorist alleges. "America deserves to be honored before every regulation game. There were different words we heard tonight. As a result, Super Bowl XLV's results are moot and the trophy must be awarded to the host team."

Immediately after the conspiracy theory was tweeted by an unnamed injured Cowboys quarterback, the Dallas Cowboys erupted in celebration of their perceived sixth Super Bowl trophy. The rest of the Dallas-Fort Worth-Arlington metropolitan area celebrated in a fiery riot.  Fifty were injured, three are dead.