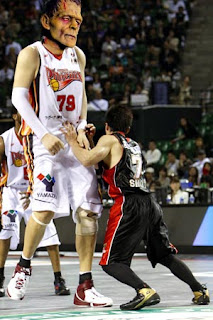 
QUEENS, NY - (@TheComedyNews) - Actor and comedian Bob Saget has been tapped by Anthony Weiner himself to play the former Congressman in the upcoming made-for-TV movie, "Weinergate".

Saget, known around the comedy scene for his vulgar and graphic stand-up material, is said to not only look like Anthony Weiner when he wears his contact lenses, but also has the tendency to yell similarly to former Congressman Weiner.

"I invited Bob over to my bungalow in Queens this week, we had a good talk," describes Weiner, clad in a Mets sleeveless shirt at a Golds Gym.  "Bob proved to me that not only does he basically look like me and have the propensity to drop f-bombs and impress a lot of ladies, he is also a huge proponent of health care reform."

Weiner also asked Saget to do a health care reform-themed Aristocrats joke at the top of his lungs at some random republican dissidents.  Details of the graphically hilarious partisan rant have not yet been published, but eye-witnesses say some of the topics covered included John Boehner's tanning lotion, a highway rest-stop toilet, and John Stamos moonlighting as a urologist.

At that point, Weiner was sure that Saget was the man to portray him in a made-for-TV movie.

CBS is set to air the made-for-TV movie on labor day weekend.  Principal photography will begin this weekend in a government-operated locker room.

Although the film is set to be titled, "Weinergate", the producers are considering renaming the project something more original:

--"Huma's Cool With It: The Anthony Weiner Story"
--"Congressman Beefcake Goes to the Gym"
--"Cable News Casualties Caught on Tape"
--"No Different Than A Constituent"
--"Life in the I Don't Give A Fuck Lane"
--"Everybody's Done It, So Shut Up"
--"How to Be Great At Your Job And Get Forced To Resign Over Shit That Is No One's Business But Yours"