Meteorologists: DC Interns Are the Cause of DC Humidity 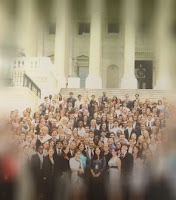 WASHINGTON, DC - (@TheComedyNews) - Meteorologists at the National Weather Service have released a study finding that the sweltering summer humidity in Washington, DC is due to the influx of unpaid summer interns.
"We have analyzed data dating back to 1799, when the first summer interns were commissioned to help with the labor of governing the United States," according to Dr. Roger Patrick, the lead meteorologist on the study.  "Interns were originally the children of only Congressmen,  clergymen, and bankers, and their parents wanted them to come to town to learn about running the government before any of the other general public did."
The study notes that before 1799, the District of Columbia had very mild summers with average temperatures rarely exceeding 75 degrees Fahrenheit, and virtually no humidity at all.
Over the years, as the size of the federal government expanded, more and more interns came to DC to spend their summers working at unpaid jobs---and have thus caused the humidity that engulfs the nation's capital from May until September.
Today's interns attract more atmospheric moisture than ever.  Interns are seen in droves crowding the Metro train, dancing obnoxiously at the worst bars in town,  boasting about Fraternity and Sorority obligations, and are overheard in the hallways having the most arrogant conversations amongst each other.  When these unfortunate things happen, there is a hormone released when such human smugness reaches astronomic levels.  That hormone, called arrogantimone, is then released into the atmosphere and lingers in the form of humidity for six to eight weeks.
Even as this article is being composed, two interns exchanged in typical humidity-causing banter:

"Hey Lisa, we need to go to McFaddens tonight, I hear it's a really fancy place so no wearing any of your polarbear Midwestern cardigans."

"Oh you wish you were Midwestern, Brynn.  You don't have college football on your campus."

"Tufts University has football, but no one cares about it.  Also, Tufts is in Boston, that's the same place where Harvard is.  Besides, you're not Midwestern, you're from Miami."

"I go to Michigan, and Michigan's in the Midwest, so therefore I'm Midwestern.  Michigan also has the largest football stadium in America."

"Well, you work at a non-profit, that's gotta be lame.  My intern coordinator at the House of Representatives says that I get to take a picture with the Congressman at the end of the summer."

"How many more stops until Foggy Bottom/GWU subway station?"

As this conversation went on, the windows of the Metro train began to slightly fog up.  An entire DC Summer interns blog has been set up to document such incidents.
Some estimates say that the 110,000 or so interns that will come to DC in the summer of 2011 will make this year one of the most humid on record.
One of the more intriguing findings during the National Weather Service's research of the correlation between unpaid interns and DC summer humidity was the emergence of America's first intern.
George Washington had who is now known as the first intern in the history of the United States.  His name was Jebbediah McMonica and he was a "Generals Apprentice", a civilian servant tasked with drawing copies of maps, making lists, and preparing morning coffee for President Washington.
According to primary sources, many of these Generals Apprentices often complained of a wet, murky undergarment defect they would get in their clothing after working long unpaid hours.  In the late 1700s, this was known as "Foggy Bottom".  Today, this aliment is now known as "swamp ass".
*****
Subscribe to TheComedyNews.com on Facebook
Follow TheComedyNews.com on Twitter
Written by The Comedy News
Category DC
Email ThisBlogThis!Share to TwitterShare to FacebookShare to Pinterest 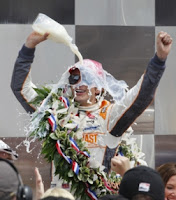 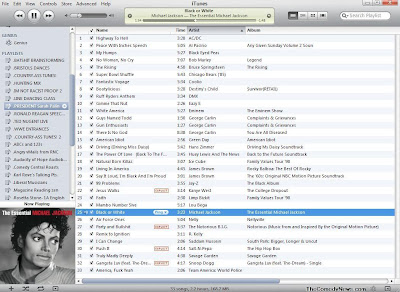 [CLICK IMAGE TO ENLARGE]
WASILLA, AK - (@TheComedyNews) - To quell allegations that she does not care for hip hop, Sarah Palin has released a screenshot of a playlist in her iTunes ---showcasing an eclectic variety of interest.  Both her playlists names and a list of songs in a playlist titled, "President Sarah Palin" are listed below:

A variety of playlists were listed: 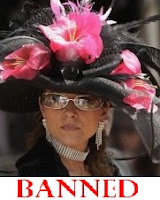 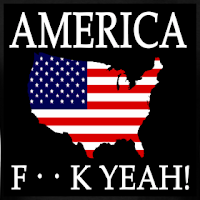 SEA TO SHINING SEA - (@TheComedyNews) -  How exactly did Americans react to Osama bin Laden being killed by US Special Forces?

The bulk of the users of the "America, Fuck Yeah" phrase are young adults, aged 18-35.

Young adults throughout the United States have rejoiced at least once today by shouting, tweeting, and facebooking the hottest new patriotic rallying cry.

The origin of the phrase, "America, Fuck Yeah" can be traced to the fall of 2004, when the film, Team America:  World Police was released.  The film, a satire on the War on Terror, was created by Trey Parker and Matt Stone---the masterminds behind the hit TV show, South Park.  A musical anthem played throughout the film featured a song was titled, "America, Fuck Yeah!"--- characterized by jingoist sentiments, and prideful pro-war lyrics.

Internet traffic websites are confirming that the most repeated phrase of the day today has been "America, Fuck Yeah", with more than 4.8 billion instances of use.

--  "Today, my 4-year-old daughter was sent home from kindergarten for writing "America, Fuck Yeah" in her fingerpaint class to describe what she did over the weekend.  FML."  Vicki, 24, Mequon, Wisconsin.  (fMyLife)

--  "[310]  He had just taken off my pants when one of his room mates ran into his room and shouted, 'AMERICA, FUCK YEAH!  WE KILLED OSAMA BIN LADEN!' and tried to give him a high five with me just laying there in a bra and no underwear."  (Texts From Last Night)

TSA To Keep Up Fight Against Shampoo, Toothpaste

BREAKING NEWS:  In the wake of the CIA's killing of Al Qaeda leader, Osama bin Laden, the United States Transportation Security Administration has vowed to keep up the fight against the threats posed by shampoo and toothpaste bottles of travelers.
"Now that Osama bin Laden has been killed, Colgate and PertPlus have each moved up a spot in the rankings of the largest threats to national security," an official said.
No word yet on the future of racially-motivated, irrational, and borderline illegal enhanced physical pat-downs.
*****
Subscribe to TheComedyNews.com on Facebook
Follow TheComedyNews.com on Twitter
Written by The Comedy News
Category POLITICS
Email ThisBlogThis!Share to TwitterShare to FacebookShare to Pinterest