Hurricane Irene on Pace to Wash Away Cast of 'Jersey Shore'

SEASIDE HEIGHTS, NJ - (@TheComedyNews) - In only a few hours, Hurricane Irene will come closer than any other force known to man to completely wash away any remnant of the Jersey Shore.
"This could be the one that we have all been anticipating---yes--- a hurricane with enough power to wash away the cast of the Jersey Shore," announced a spokesman for the National Weather Service.  "Millions of Americans have tried since 2009 to convince MTV that the show has got to go, but as we will see this weekend, it will be a tenacious hurricane named Irene that takes care of the business once and for all."
Experts believe that once Hurricane Irene rips through the Jersey Shore, all that will be left will be thick globules of hair-gel, scattered containers of sunless tanner, and tattered (yet seemingly unscathed) graphic t-shirts.
The cast of Jersey Shore is unsurprisingly cavalier and cocky when questioned about their show's upcoming demise.
"Irene?  Uh hah hah!"  Snickered Mike "The Situation" Sorrentino.  "Some girl named Irene think she's gonna take us out?  I tells ya what, Irene blows alright.  She blows me, and then goes on to Pauly, Vinny, and Ronnie too---if she can find his weather vein.  Huh huh," continued Sorrentino.
Jennifer Farley, otherwise known on the show as J-Woww, also had some words for Hurricane Irene.
"I'm gonna try to uppercut her, that bitch Irene," sneered J-Woww.  "If that fat ass tropical storm tries to mess with us J-Shore peeps, I'm gonna throw a f*cking drink in Hurricane Irene's face."
Subscribe to TheComedyNews.com on Facebook
Follow TheComedyNews.com on Twitter
Written by The Comedy News
Category TV
Email ThisBlogThis!Share to TwitterShare to FacebookShare to Pinterest 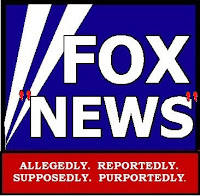 
"It has come to our attention that Fox "News" has been conjecturing content and topics for its TV shows and online publications," announced an FCC spokesman.  "In short, we are fining Fox "News" $54 billion for just making junk "news" up and getting away with it by a cunning use of adverbs."
The FCC sanctions also require Fox to put quotation marks around the word 'News" in both their logo and any official mentioning of Fox "News" in its content.  This is meant to distinguish Fox's product from all of the less polluted news sources.
The dictionary defines adverbs as "a word or phrase that modifies or qualifies an adjective, verb, or other adverb or a phrase, expressing a relation of place, time, circumstance, manner, cause, degree, etc.".
Common examples of adverbs in the English language end in "-ly".
The sanctions against Fox "News" come a day after the network decided it would be nice and shocking to mislead the public about the East Coast Earthquake destruction with the headline, "Washington Monument Reportedly Tilting".
Other false stories by Fox "News" made slightly truer through the cunning use of adverbs include the following headlines (adverbs in bold):

The FCC also concluded that they would say that the American people are tired of hearing false, deceptive, crooked "news" proliferating the mainstream dialogue by Fox "News".  But after a few minutes of careful study, the FCC has concluded that the American people can hardly get enough of sensational, exaggerated, untrue slimy "news".
Subscribe to TheComedyNews.com on Facebook
Follow TheComedyNews.com on Twitter
Written by The Comedy News
Category TV
Email ThisBlogThis!Share to TwitterShare to FacebookShare to Pinterest

Obama Takes Another Vacation on his Ranch in Crawford, Texas 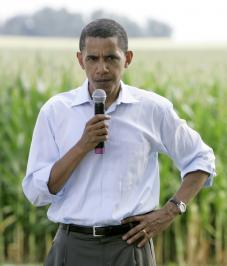 CRAWFORD, TEXAS - (@TheComedyNews) - President Barack Obama will be spending the next two weeks vacationing on his family ranch in Crawford, Texas---and republicans are quite irked.
The 44th President and his family arrived in Crawford where he is expected to be chopping down trees, off-roading in his pick-up truck, and avoiding reading any intelligence memos relating to terrorism.
Republicans have seized the opportunity to scrutinize Obama for taking a vacation in Texas while ignoring the needs of the American people.
"Never before has a President taken vacation from his duty in Warshington," spat republican Elmer Earl Jerbison, a puppy-mill owner from Tulsa, Oklahoma.  The Constitution does not say anything about the President being allowed to go on no damn vacation to no damn Texas."
Jerbison is correct in his assertion that the Constitution does not micromanage the President.
"The founding fathers, George Warshington and Thomas Jefferson, didn't take vacations," Jerbison continued.  "The founding fathers were always hard at work at being President.  And back then, the President got no help to do nothin'.  All by themselves, Warshington and Jefferson would run the country and plow the fields at their plantations which in today's dollars, would have been worth half a billion bucks.  That Obama...unprecedented, and irresponsible."
Speaking on the condition of anonymity, a current Presidential candidate from Minnesota took an even bigger step into the land of lies and bullshit by announcing on Twitter, "the founding fathers wouldn't have appreciated Obama going on vacation while treating the American taxpayers as slaves."
President Obama's vacation has also been marred by on-going protests on the perimeter fence of his Crawford Ranch.  The day and night protests are being orchestrated by the mother of a Tea Partier who's son tragically died while attempting to slash the tires of vehicles owned by the Democratic Party.
Subscribe to TheComedyNews.com on Facebook 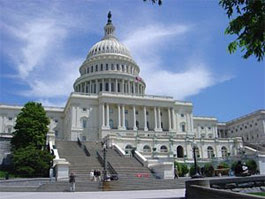