NY Yankees To Be Special Guest Umpires for World Series 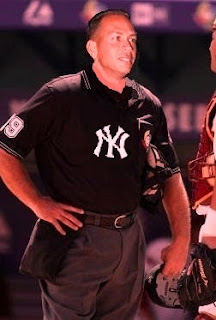 SAN FRANCISCO, CA - (The Comedy News) - The New York Yankees won't be absent from the 2010 World Series after all.
Due to the low ratings from games one and two between the San Francisco Giants and Texas Rangers, Major League Baseball has been forced to change things up to make sure the World Series meets anticipated revenues. Commissioner Bud Selig announced today that the New York Yankees will be special guest umpires for games three and four of the World Series.
This groundbreaking impromptu move has sparked bitter jealousy by the Philadelphia Phillies players, who still have not been given an explanation as to why the American League Championship Series loser, the Yankees, got the special guest umpire invitation, and not the loser of the National League Championship Series, the Phillies.
Still, the Alex Rodriguez limited-edition umpire jersey is now the top-selling item at the MLB's online store. A-Rod's ump jersey is expected to be the must-have Christmas gift during the upcoming holiday shopping season.
*****
Subscribe to TheComedyNews.com on Facebook
Follow TheComedyNews.com on Twitter
Written by The Comedy News
Category SPORTS
Email ThisBlogThis!Share to TwitterShare to FacebookShare to Pinterest

WASHINGTON, DC -  (The Comedy News) - This weekend, the "Rally to Restore Sanity and/or Fear" hosted by comedians Stephen Colbert and Jon Stewart is expected to cause a significant dip in attendance at college Halloween parties.

Typically, the Saturday of Halloween weekend is christened with hundreds of thousands of debaucherous costume parties, particularly at large college campuses such as the University of Wisconsin-Madison, University of California-Santa Barbara, and North Carolina State University.

A vast number of those who typically host and attend such Halloween festivities are abandoning makeup and jelloshots in favor of attending the big political rally in Washington, DC. The comedians, Colbert and Stewart, have been the premier voices in galvanizing young politically-minded voters.

The excitement surrounding their upcoming rally on the National Mall is already encroaching on Halloween parties. Costume stores have reported that the most popular outfits being sold at costume stores have been tiny political buttons and sarcastic trucker hats embroidered with slogans such as "Tea Parties Are About Sharing", and "Let's Keep the Change".

Last-minute efforts are being arranged via Facebook statuses to get college students to care less about politics, and support the sacred tradition of getting belligerently intoxicated and dressing up like film characters from the early 1990s.

Currently, the Facebook event "Rally to Restore Buffoonery" is scheduled to take place on Saturday, October 30 from 12:00 AM through October 31 at 3:00 AM at 'Whereverthehellyougotocollege, CA'. So far, there are 24 confirmed attendees, and 17.5 million invitees listed as 'awaiting reply'. 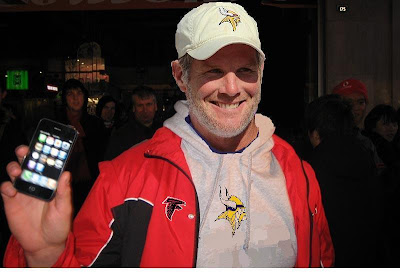 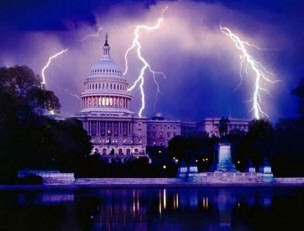 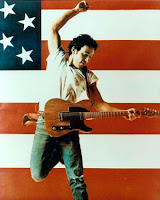 Republicans Overwhelmingly Favor "Born in the USA", while Dems Rock out to "The Rising"

ASBURY PARK, NJ - (The Comedy News) - When it comes to finding musical anthems for political campaigns, candidates have not looked much further than Bruce Springsteen.

Republicans and Democrats have reached a compromise on what Bruce Springsteen songs they will be repeating over and over throughout campaign season: republicans will begin and end their rallies to the sounds of "Born in the USA", while democrats will swoon with hope while bobbing to "The Rising".

Political scientist Dr. Edward Cooper from the University of Southern California was the lead arbitrator who officiated the negotiations between the democrats and GOP.

"The campaign song is vital to getting the voters to support you. And Springsteen's music is the perfect cocktail of generic, unoffensive, yet tritely inspiring sounds that provide just enough distraction from the critical issues," Dr. Cooper reported in a written statement. "Right after the candidates finish their bland speeches, there is little time to let voters think critically for themselves, so the music starts to play. And once Springsteen's music starts to infect them, another vote is very likely to be locked up."

"Born in the USA has been a favorite song of republicans for many years," says Republican strategist, Dorothy Zampowski who led the Springsteen Summit negotiations for the GOP. "That the lyric, 'Born in the USA, I'm a cool rocking daddy in the USA' has resonated very well for republicans in tight races. The words "cool", "rocking", and "daddy" are all by definition unrelated, especially amongst us pro-war guys."

Zampowski continued, "...but when them words are aligned together and paired with the hum-dum-dum of Springsteen's guitar, it really draws in any wavering GOP voters. Let's not forget that the main jewel of this song is the title---BORN in the USA---which evokes strong emotions about natural-born citizenship. The song is about being Born in the USA! And you know how much we republicans love our Presidents to be born in the USA."

Democrats' use of the song, The Rising, has come to symbolize the democrats' strategies in several ways.

Kankerton's inexplicable reasoning comes at a time when democrats can hardly articulate what concrete issues they stand for---besides just being socially progressive, holding hands, looking to the sky with wretched indecisiveness, and basically doing all things good and respectful onto others.

Simple tangible evidence, the kind that typically woos republicans, is also nowhere to be found in the lyrics to 'The Rising'.  One atheist, Marxist dem noted, "the best part about the lyrics is that they are much more creative, deeper, poetic, and meaningful, which has kept us democrats from being able to relate to the conservatives who only care about being 'born in the USA'".

Attempts to contact Bruce Springsteen directly were not immediately returned. However, his most recent Twitter entry may be indicating an independent run for political office: "Soul patches, red white and blue wall paper, secret gardens, and glorious days. A Different Kinda Jersey Guy. Vote for The Boss in 2016! "