COLUMBIA, MO - (The Comedy News) - A local law professor is coming under intense scrutiny for planning to teach an "honesty-only" curriculum this fall. Professor Jeremy Bernard, a University of Missouri Law School professor, contends honesty has long been disparaged in the field of law. He has vowed to lecture "honesty-only" in his classes, regardless of the uproar of fury in the overprotective parents of law students.

"Legal professionals for centuries have been chided for lacking a sense of honesty," Professor Bernard declared. "Although they know that their success in the law field will be limited at best, my pupils will be the most honest lawyers the world has ever seen. "

Many figures in the legal world fear that if more professors begin to teach "honesty-only", it could be the end of obscure, irrational, and completely untrue-but-let's-go-with-it legal statements.

"We don't want to expose our young lawyers-to-be to the sheer filth that honesty in law brings. 'Honesty-only' will undoubtedly lead to inept, idealistic mindsets by the people hired to be experts on the law," the furious mother shouted while picketing outside Mizzou's main law building. "My little girl Sharon will NOT be exposed to that demonic Professor Bernard's blatant honesty---and in a public school, no less. Hrmph." 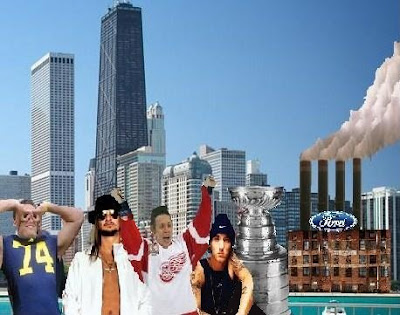 WINSTON-SALEM, NC - (DoghouseDaily) - In an effort to boost sales, three undergarment industry giants are continuing their media blitz to encourage potential customers to purchase more underwear, in lieu of washing their existing collection.

Hanesbrands, Victoria's Secret, and Fruit of the Loom, now known as Victoria Hanes Fruit Underwear, have consolidated their businesses in what could lead to enormous losses in revenue for the laundry detergent industry.

The dialogue of the most recent advertisement:

"Need a change of comfort down under, but out of clean undies?
Why wait up to TWO HOURS to wash, dry, and fold recycled, faded, shrunken underwear?

Why spend your money on heavy, stinky bottles of highly toxic laundry detergent?

Do your body a favor, and shop for NEW underwear!

Victoria Hanes Fruit Underwear: It feels so nice, I won't wear it twice."

OxiClean heirs released a statement about their plan to unveil their own line of "self-washing underwear". The slogan is rumored to be 'Buy Just One, & Your Shopping Days are Done".

Representatives from Tide, Cheer, and Downy couldn't be reached for comment, but are reportedly continuing business as usual. 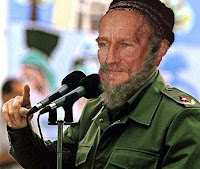 BALTIMORE, MD - (The Comedy News) - A recent Johns Hopkins University study has concluded that 84% of T-9 mobile phones become defensive when confronted by an iPhone user.

The acronym T-9 stands for "Text on 9 keys". This keyboard style is considered a modest and primitive means of entering text onto a hand-held mobile telephone device.

In Washington, D.C., T-9 users were twice as likely to avoid sitting next to an iPhone user on the Metro Train in an attempt to avoid the sheer humiliation of being satisfied with an antiquated device of the past. Several nightclubs in Miami, New York, and Los Angeles have even forbidden any T-9 phones from their premises.

"T-9 folks have really become a problem here," lamented Mendocino. "Gangs armed with Razrs and LG flip phones have repeatedly fought with bouncers, assaulted waitresses, flooded the bathrooms. This one guy even managed to steal 6 iPhones from partiers with excessive force. He then proceeded to flush them down one of the men's room toilets. There was toilet water all over freakin' mahogany dance floor. The party kept going, no one really noticed except for our staff, but that's when I put my foot down. T-9 users need not come in here."

Apple iPhone users are not alone in instigating discomfort in T-9 users.

All T-9 users (99.7 % with a margin of error of +/-0.3) expressed that they felt inferior to all users of mobile devices with full QWERTY keyboards (including the BlackBerry, Droid, Samsung Cloud, LG Fuse, and even the FisherPrice DuckCluckNCall).

T-9 users were followed up with whether their perception of QWERTY keyboards changed when the input was a touch screen. However, no study participant could bear to admit any additional shame in their coveting, so no significant data could be analyzed to conclude what we all already know.
Written by The Comedy News
Category SCI / TECH
Email ThisBlogThis!Share to TwitterShare to FacebookShare to Pinterest