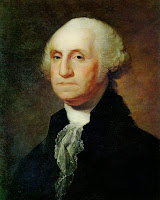 WASHINGTON, DC - (@TheComedyNews) - Historians at George Washington University have uncovered the origins of the name of one of the oldest neighborhoods in Washington, DC.
According to their research, the neighborhood Foggy Bottom got its name in 1775 as a slang term for what is currently known as "swamp ass".
"Foggy Bottom is an affliction that has plagued every resident of Washington, DC dating way past the Revolutionary War times," a GWU professor notes.
"In 1775, then General George Washington was frequently irritated by his soldiers who were late to formation because they had been changing their sweaty underwear---especially during the humid, sultry 90-degree summer days in DC".
The discomfort felt by the revolutionary soldiers came to be known as "Foggy Bottom" due to the influx of "foggy" moisture on the posterior "bottom" of people exposed to the dewy elements of the DC basin.
It is widely known that the thicker the of the undergarments---particularly those of soldiers in uniform--- the more intense the Foggy Bottom case becomes.
In 2011, Foggy Bottom in its original connotation is almost completely absent from the DC vernacular.  The common term for sweaty undergarments causing discomfort on one's posterior is now known worldwide as "swamp ass".
Subscribe to TheComedyNews.com on Facebook
Follow TheComedyNews.com on Twitter
Written by The Comedy News
Category LIFESTYLE
Email ThisBlogThis!Share to TwitterShare to FacebookShare to Pinterest 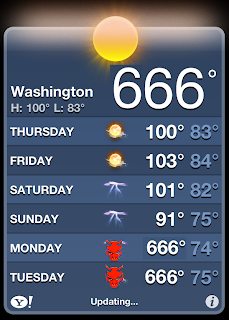 MINNEAPOLIS, MN - (@TheComedyNews) - Presidential candidate Michele Bachmann announced today that she has figured out the source of the massive deadly heatwave stretching from the midwest to the east coast.
"This deadly heat that's making patriotic Americans all sweaty and gross is coming from none other than Mexico," the Minnesota Representative said while wafting cold air from her refrigerator.  "If President Barack Obama would have done something about illegal crossings over the Mexican border, none of this hot Mexican air would have escaped to America and hurt our red, white and blue weather."
Bachmann has also been declaring that if she becomes President, she plans to eliminate the National Weather Service.
"Until the National Weather Service toughens their stance on illegal heat from Mexico creeping into America, they can kiss their funding goodbye in 2013.  That's how you cut spending, my fellow Americans."
In her latest speech, Bachmann speculated that if the United States does not build a wall to keep illegal immigrant weather from seeping over the southern border, summer temperatures could climb to a sinful 666 degrees Fahrenheit by the year 2013.
Subscribe to TheComedyNews.com on Facebook
Follow TheComedyNews.com on Twitter
Written by The Comedy News
Category SCI / TECH
Email ThisBlogThis!Share to TwitterShare to FacebookShare to Pinterest 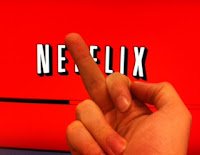 LOS GATOS, CALIF - (@TheComedyNews) -  A day after surprising their members with exorbitant price increases, DVD and movie-streaming giant Netflix has accidentally leaked the first draft of the email notification sent out to its 23.6 million subscribers.

[Text of Draft Email Below]

It is with great pride and power that We are are separating unlimited DVDs by mail and unlimited streaming into two separate plans to better line our pockets with our customers' hard-earned cash reflect the costs of each. Now all of you couch-potatoes our members have a choice: a streaming only plan, a DVD only plan, locating a Blockbuster Video store or both.

Your current $15.00 $14.99 a month membership for unlimited streaming and unlimited DVDs is pretty awesome.  But alas, your satisfaction is not nearly as paramount as ensuring that the top executives of Netflix have a yacht for each of the four oceans, so your membership will be split into 2 distinct plans:

That's right, we are raising the price without adding anything new.  It's called capitalism and greed.
Your price for getting both of these plans will be $20.00 $19.98 a month ($7.99 + $11.99). You don't need to do anything to continue your memberships for both unlimited streaming and unlimited DVDs.

These prices will start for charges on or after the tenth anniversary of the September 11 attacks September 1, 2011.  God Bless America.

Unless you're a computer-illiterate moron (and we hope you are), You can easily change or cancel your unlimited streaming plan, unlimited DVD plan, or both, by going to the Plan Change page in Your Account.

We hope you realize that we at Netflix have you by the balls you have many choices for home entertainment, and we thank you for your business. We really don't care about what you think as long you keep paying your monthly membership fee.  As always, if you have questions, please feel free to call us at 1-900-MIX-A-LOT 1-888-357-1516.

Written by The Comedy News
Category BUSINESS
Email ThisBlogThis!Share to TwitterShare to FacebookShare to Pinterest 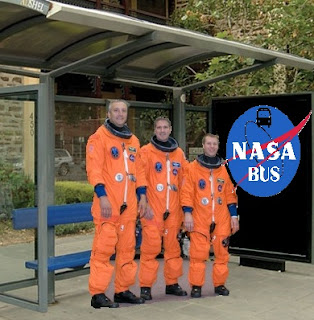 Top 10 Most Patriotic American Films Since 1776 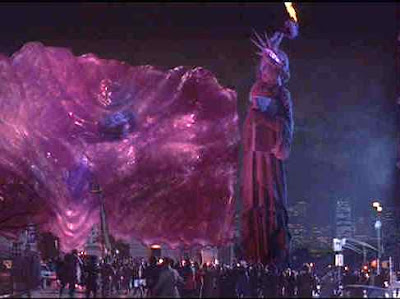 UNITED STATES OF AMERICA - (@TheComedyNews) -   It is that time of year where the patriotic Americans come out in droves to celebrate their country's independence from Great Britain in 1776.

And the only thing more Patriotic than watching high-budget patriotic films is making a top ten list about them.


Braveheart (1995) - Although the film does not depict Americans winning independence, it is still a depiction of a group of oppressed rebels kicking some British Royal ass.

Super Size Me (2004)- Big Macs are basically synonymous with America. What can be more patriotic than eating copious amounts of McDonald's for a month?

Almost Heroes (1998)- A big fat American, Chris Farley, beats the British (and Lewis and Clark) in a race to the Pacific Ocean in 1803. His public relations team is not that good, so Lewis and Clark end up taking all of the credit.

Armageddon (1998) - When the end of the World is upon us, a team of American deep-sea crude oil drillers led by Bruce Willis will save the day.

Ghostbusters 2 (1989) - The Statue of Liberty takes a stroll through Manhattan, and then destroys the ceiling of a goulish art museum.

Miracle (2004) - Kurt Russell shows the world that a bunch of college boys from Minnesota, North Dakota and Wisconsin can whip the Soviets in their bread, butter, and borscht: ice hockey.

Top 10 Most Patriotic American Films Since 1776:

10) True Lies (1994) - Arnold Schwarzenegger has to stop Key West from becoming the next Hiroshima.

9) Harold and Kumar Escape From Guantanamo Bay (2008) - The sequel to the greatest road trip film of all time features a Homeland Security agent asking, "Is it freedom o'clock?"

8) The Patriot (2000) - This is the only film on this list that actually depicts the Revolutionary War.  Mel Gibson defeats the Redcoats and helps America win Independence.  In an alternate ending only on a limited edition DVD, Mel Gibson gets beaten to a bloody pulp by a regiment of his own Jewish soldiers.

7) South Park Movie: Bigger, Longer And Uncut (1999) - America fights Canada over a petty dispute about cartoon profanity. And when you can't decide on a good villain to unite against, always be sure to default to Saddam Hussein.  Hey, it worked for President Bush.

6) Saving Private Ryan (1998) - If films could fight a war, Steven Spielberg's epic World War II film would duke it out with Shakespeare In Love (1998) for the Academy Award for Best Picture...and then lose for some reason.

5) Beerfest (2006) - Benjamin Franklin once said, "Beer is proof that God loves us and wants us to be happy." This film is the epitome of what it is to be young careless in America--- chugging obnoxious amounts of beer to prove is the coolest kid in high school.

3) Independence Day (1996)- Bill Pullman gives the greatest wartime Presidential address since Gettysburg. And the combination of the Fresh Prince's witty one-liners, the annoying bastard from Jurassic Parks I and II, and Randy Quaid destroying a 9-mile-diameter spaceship dramatizes America's ability to fend off an alien invasion. In the immortal words of Captain Steven Hillard, "Welcome to Earth!".

2) National Treasure (2004) / The Rock (1996) / Con Air (1997) - Nicholas Cage is what every American jockstrap bonehead aspires to be:   explosive, awesome, and a buried in a slurry of box office cash and rotten tomatoes. These films include fire, car chases, convicts, gratuitous gun usage, and Disney-esque happy endings.

1) Rocky IV (1984) - The perennial underdog, Rocky Balboa, battles Communist Russia's top boxer---a steroid receptacle named Ivan Drago.  While behind enemy lines in the U.S.S.R., Rocky wins the Cold War without dropping one nuclear bomb. Ivan Drago, on the other hand, goes on to serve as the inspiration for Mark McGwire, Barry Bonds, Hulk Hogan, and other patriotic American heroes and role models.