A Journey Through the Inventory of a Bankrupt Bookseller
WASHINGTON, DC - (The Comedy News) - As Borders bookstores close nationwide, customers have flocked to take advantage of the firesales to get rid of any remaining merchandise.  With discounts as high as 80% off, print edition bestsellers and classics are flying off of Borders' shelves.
There may not be any Tom Clancy or Dan Brown novels, or any Obama biopics on the shelves.  But what remains is a treasure trove of many forgotten books that should and will be judged by their covers: 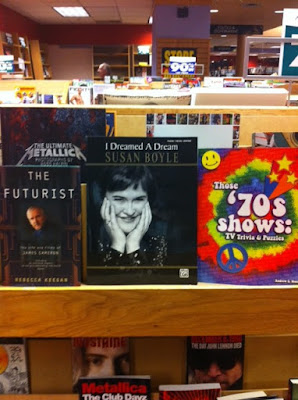 "I Dreamed a Dream" - A biopic on Susan Boyle and how she swooned Simon Cowell with her immaculate voice and potential for a makeover spin-off.
"The Futurist" - James Cameron's how-to book on making over-priced post-apocalyptic films with enough revenue to fix the U.S. economy.
"Those '70s Shows:  TV Trivia & Puzzles" - A must have for M*A*S*H* enthusiasts, Mork & Mindy fans, and all the most fascinating facts about those episodes of The Brady Bunch that people watched between moon landings.
"The Ultimate Metallica Etc. Etc. Etc." - A tell-all about Lars Ulrich's jihad against Napster, as well as life after that time when they got drunk, gave each other haircuts, and made a pact to make their music unbearable. 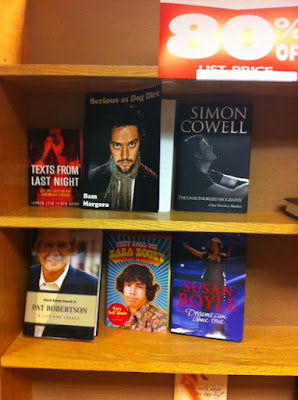 "Texts from Last Night" - A print edition of the viral website's best posts.  Has been a hit with elderly readers who have no internet access, but want to read all about regrettable sexcapades and drunken debauchery.
"Serious as Dog Dirt" - Bam Margera's first book.  After it was published, he set the first 1,000 copies on fire and skateboarded over the flames.
"Simon Cowell" - The American Idol judge's biopic was originally going to be titled "Mein Kampf:  The Art of Spreading Discouragement". 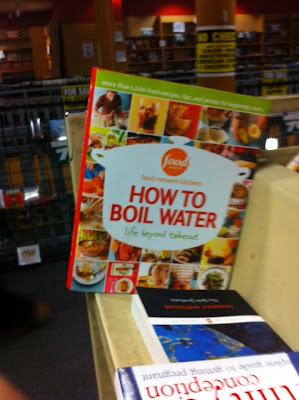 "How to Boil Water" - A 600-page start-to-finish manual that takes readers from buying a pot at Target all the way up to their own kitchen where the water-boiling process starts to get really complicated. 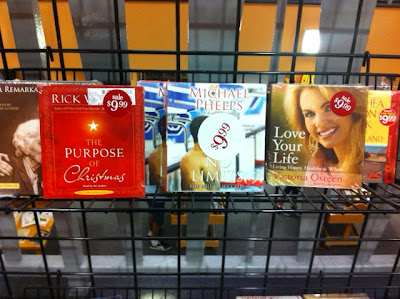 "The Purpose of Christmas" -  An audiobook featuring children from around the world indiscriminately yelling "Presents, Playstation, iPad" all at once, in 59 languages, for 9 hours.
"No Limits" - An audiobook of  Olympic gold-medalist Michael Phelps singing "Hail to the Victors" and offering dieting advice to people who are forced to swim for 18 hours per day by overbearing parents. 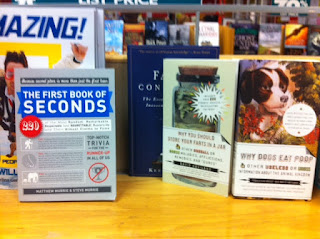 "The First Book of Seconds" - Some economists believe that being second-best is the new first place.  Profiles include George Harrison, the Buffalo Bills, and Saving Private Ryan at the 1999 Oscars.
"Why You Should Store Your Farts in a Jar" - Martha Stewart was originally going to write this one and include recipes in the back.
"Why Dogs Eat Poop" -  A sociological explanation for the age-old question. 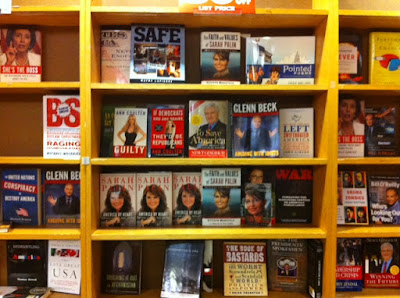 Sarah Palin, Glenn Beck, Bill O'Reilly, Ann Coulter, and Newt Gingrich are authors of some of the only remaining mainstream hold-outs on the Borders shelves.   (Click Photo to Zoom In) 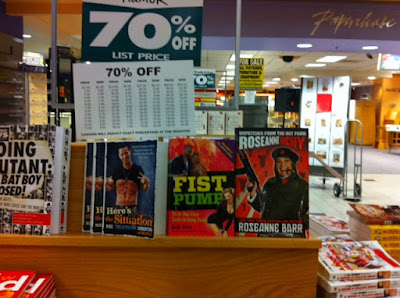 "Here's the Situation" - Mike Sorrentino's journey from being a 5-year-old brat punk to an all-American douchebag that embarrasses himself on Comedy Central.
"Fist Pump" - A dance-instruction manual for disciples of the Jersey Shore.

"Roseannearchy" - Roseanne Barr's screenplay for a film where the earth is destroyed after she's elected to some public office somewhere. 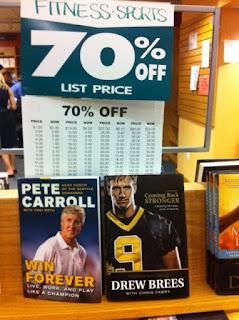 "Win Forever" - Coach Pete Carroll discusses how to use money and cars to get his way both on and off the football field.  Mixed in is a little bit of community service just so readers don't think Coach Carroll is a complete scumbag jerk, only a partial one.