LONDON, UK - (FACEBOOK:  @The Comedy News) - In a surprising turn of events, Prince William, Duke of Cambridge gave birth to the much anticipated Royal Baby today.

This comes as a shocking surprise since the entire world was expecting William's wife, Kate Middleton to be the pregnant one since December 2012.

While the physiological details of a human male giving birth have yet to be released by Buckingham Palace, Prince William tweeted an update to his followers:
"Shyte this is bloody painful!  #bollocks, #overrated"

Still, the novelty of becoming the first British Prince to give birth certainly explains the modest amount of media coverage for the past nine months.

AUSTIN, TX - (FACEBOOK:  @The Comedy News) - At around 7:45 PM this past Friday night, congregants sitting in the center pews of Congregation Beth Ra'ash noticed a distracting noise during the opening prayers:  the awkwardly loud and polished singing voice of Jill Pearson trumping the mood.

"I knew it was Jill Pearson," congregant Jonathan Weinfeurter griped.  "Every time I go to services, no matter where I am in the sanctuary, I can hear her staccato voice polluting the air."

Other congregants note that Jill often chides the service leaders' performance behind their backs following services.  And in addition to looking around mid-song to see if anyone is marveling at her over-produced audible chanting from the pews, Jill also tweets her vocal pride:

No congregant could confirm what Jill's musical training has been---likely due to no decent soul being capable of tolerating her blatant narcissism.

However, a quick Google-search has shown that Jill has been a classically-trained singer since age 4, has auditioned for season 2 of The Voice, studied at the Julliard School in New York, and even sung the Star Spangled Banner at a Dallas Cowboys football game.

Still, after all of those accolades, Jill still can't resist the urge to show off her self-proclaimed "voice that flows like wine", even during modest opportunities such as Shabbat.

It was also reported that the only time during the entire service that Jill's melodic caterwauling was not heard was during the reciting of the Shemah.  It was later revealed that at that time, Jill was Instagramming a selfie with her free hand over her eyes, winking.
Written by The Comedy News
Category RELIGION
Email ThisBlogThis!Share to TwitterShare to FacebookShare to Pinterest

Wedding Guests Can't Agree on What Estimated Cost of Wedding Is 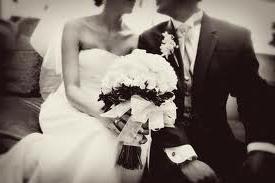 SANIBEL ISLAND, FLORIDA – (FACEBOOK The Comedy News)  Wedding guests at the nuptial ceremony of Joseph and Penny Goldmann were deadlocked last Saturday on estimating how much the entire production cost.

In a setting featuring rare flowers flown in from Guam, a 10-piece band featuring a Frank Sinatra impersonator, an open bar, and even souvenir folding chairs for each of the 300 friends and family in attendance, everyone seemed to be celebrating the occasion.  And as the frills kept coming throughout the night, guests could not help but estimate quietly amongst each other just how much their good friends had spent on celebrating the occasion.

“Look at this New York strip steak,” said Dylan Siebelson, a former roommate of the groom, as he fisted a shitake mushroom into his already-chewing mouth.  “This has got to be $80 a plate!  I say $105,000, tops!”

A pair of distant cousins of the bride offered their input.

“We always thought Penny was stingy, no offense, but she always has been,” Sara the cousin offered.  “Dinner was okay, and they only offered two choices for vegetarians.  I say $10,000, maybe $15 but that’s pushing it.”

The close family and friends began to dance to “Havah Nagila”, while the debate moved over to the whiskey-tasting bar, where the debating guests befriended Joe’s boss from work, Edward McCarty.

“Believe me, I’ve been to a lot of these weddings.  Tonight, there’s plenty of food, plenty of liquor, no herky-jerky DJ playing soft rock and hip hop--- a real band.  This wedding costs $78,000,” McCarty estimated.

As the gaggle of debating guests continued to deduce a total cost by scrutinizing each and every detail of the wedding, the bride’s brother, George---visibly inebriated---approached the group.

“Hey, hey, hey my love buds!”  George blurted, hugging the debating guests.  “Guess who just got to base number deuce with one of the wedding planner’s assistants just now!”

The debate came to a halt.  McCarty then wrapped his arm around George’s shoulder.

“George my man,”  I will buy you a whiskey drink of your choice if you can ask that wedding planner’s assistant what the whole cost of the wedding is.”

Still trashed, George turned around and sauntered to the wedding planner.  Upon returning, George reported back to the cost-estimators, “the cake should be out in about 10 minutes.”

At that point, the four debating guests looked at each other, grabbed their souvenir chairs, and got on the shuttle bus back to the Hotel where the four of them proceeded to have a 30-minute makeout session.

The cost of the wedding remains a mystery to this day.

Written by The Comedy News
Category DATING
Email ThisBlogThis!Share to TwitterShare to FacebookShare to Pinterest 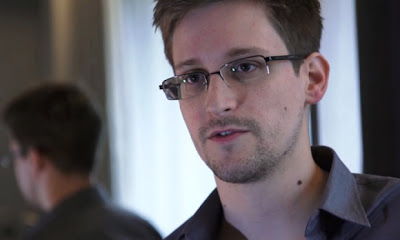 MOSCOW, RUSSIA (@The Comedy News) - The international news media have asked fugitive NSA whistleblower Edward Snowden release a new file photograph without the hideous hairy mole growing from the left side of his neck.

"I damn near vomited when I saw that festering cockroach emerging from Snowden's neck," said Odette O'Brien of the the Irish Associated Press.  "Our news service tends to publish high-definition photos, especially headshots of psychopaths, murderers, terrorists, and other bastions of high television ratings.  But we knew that a picture of Snowden with his nasty mole photobombing would be too graphic and too grotesque for our readers."

"The great people of the Republic of Ecuador are hesitant to welcome into our country what just might be the most photographed smarmy mole of the twenty-first century," the Prime Minister of Ecuador said in a written statement.

Still, news outlets from all seven continents have united in opposition and signed onto a letter urging Edward Snowden to provide a new file photograph sans mole:

We, the undersigned media representatives from all SEVEN continents of the World are happy to continue reporting fair and impartial news reports about your recent ordeal.

However, in order to satisfy the nausea limits of our readers and viewers, you must provide a new file photograph without that nasty mole on your neck.  It is huge.  It reminds us of approaching a public toilet and finding someone else's shit caked on the side.

Already, one reporter had a stroke after he claimed your hideous mole winked at him.  Get rid of it.  In the words of Uncle Buck, "Go downtown, and have a rat naw that thing off your face."

Good day to you,