WASHINGTON, DC - (@The Comedy News) - The five most conservative Justices on the United States Supreme Court have set the terms for what could sway them to favor upholding the controversial "Obama Care" law.  Each of the Justices was asked to respond to the following prompt:
I will vote in favor of the constitutionality of President Obama's Health Care Reform law if....
Chief Justice John Roberts
"...Obama stops blaming me for flubbing his oath of office.  It was his fault."
Justice Samuel Alito
"...Obama lets me, my wife, and my kids see the pictures of Osama Bin Laden's bloodied dead corpse."
Justice Antonin Scalia
"...Obama promotes me to Chief Justice, instead of that rat bastard Roberts."
Justice Anthony Kennedy
"...Obama can get the American public to stop assuming that I'm a liberal windsurfing womanizing drunk catholic Masshole chowderhead, just because my last name is Kennedy."
Justice Clarence Thomas
"...Obama issues an Executive Order to allow Supreme Court Justices to sexually harass their coworkers, as well as decriminalizing the adding of discarded nether region hair to Coke cans if the intent is an all-deliberate malicious prank." 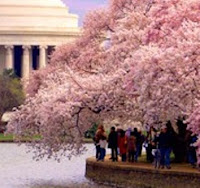 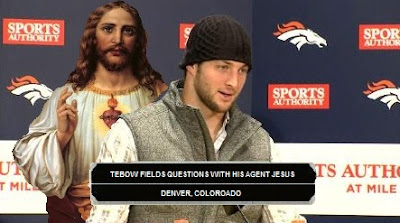 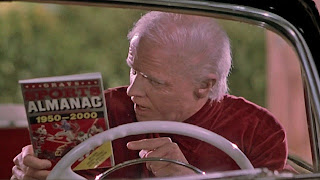 HILL VALLEY, CA - (@The Comedy News) - Casino magnate and Biffco Toxic Waste CEO Biff Tannen has once again dominated each and every one of his NCAA Men's Basketball Tournament pick brackets.  This year marks the 57th straight year that Tannen has predicted each of the winners flawlessly.
"Yeah butthead, that's right, nobody knows sports but me," Tannen told Dick Vitale in an exclusive interview.  "My NCAA Basketball brackets are flawless, and they'll always be flawless.  So you know what, Dick?  Why don't you make like a tree and go gush over some basketball."
This year, Tannen collected another $900 Billion in gambling spoils.  Some experts believe that Tannen may very well be the smartest human of all time.
"There's hardly an explanation to explain Mr. Tannen's success with predicting sporting event outcomes over the last half century," explained Professor Gerald Bearing of Princeton University.  "It's either dumb luck, Biff is a genius, or someone from the future gave Biff a list of all the winners for the last fifty or so years---highly unlikely!  I'm gonna conclude that Biff Tannen is indeed a genius---a modern-day Nostradamus."
Since 1955, Tannen has been the most accurate gambler and predictor of sporting event outcomes that the world has ever seen.  In recent years, he has predicted both of Butler University's championship game berths, the New England Patriots' 18-1 meltdown in 2008, and even the Appalachian State victory over the Michigan Wolverines in 2007.
Although Tannen claims to have "just a magic touch", his predicting abilities seem to be limited to sporting events only.  Some have chastised Tannen for not using his predicting abilities to foresee tragic events to benefit humanity.
"All I can say is that there's no money to be made in predicting world events.  So I'm not gonna even try," Tannen sneered at reporters while quickly burying his face into a book he has discreetly been reading since the spring of 1955.  "Yeah even if I could predict the Kennedy Assassination, the Challenger Crash, or 9/11, I wouldn't of (sic) said anything about it... unless of course, I could make some sort of monetary wager with someone saying it won't happen."***
***Editors note:  Tannen was good friends with Former Presidents Lyndon Johnson, Ronald Reagan, and George W. Bush.
Subscribe to TheComedyNews.com on Facebook
Follow TheComedyNews.com on Twitter
Written by The Comedy News
Category MOVIES
Email ThisBlogThis!Share to TwitterShare to FacebookShare to Pinterest

Bust Set to be Resemble Pathetic, Irrelevant, Hollow Steer with No Testicles


MISSOURI - (@The Comedy News) - A preliminary design for the controversial Rush Limbaugh bust statue for the Missouri Hall of Fame has been modeled after the Big Ten Football Conference's "Heartland Trophy".
The Heartland Trophy, which has only been relevant for about eight years, features a fat useless hollow cow with no testicles, which artists believe will truly capture the essence of Rush Limbaugh.
"I believe the proposed Rush Limbaugh stone bust will be pound-for-pound, the most revered statue in our collection," announced the chief curator of the Missouri Hall of Fame bust committee.
The model for Limbaugh's bust serves as a trophy for the winner of the kinda-sorta irrelevant Wisconsin-Iowa football game.  The Heartland trophy was created as an artificial means to establish a credible rivalry between the two teams in 2004.  Like Limbaugh, the pseudo-rivalry is small but irritatingly loud and clamoring for attention and relevance.
When reached for comment, Limbaugh remarked that he "doesn't like trophies because trophies get passed around, and when you're passed around, willy-nilly, you're a slut and a prostitute..."  The 61-year-old venom-spewing disk jockey continued for another minute and then concluded that the Heartland trophy did indeed resemble him quite well.  At that point, he issued the artists an insincere apology, resumed injecting oxycodone into his temple, and proceeded to order a sawed-off shotgun on craigslist.
Subscribe to TheComedyNews.com on Facebook
Follow TheComedyNews.com on Twitter
Written by The Comedy News
Category ENTERTAINMENT, RELIGION, WORLD
Email ThisBlogThis!Share to TwitterShare to FacebookShare to Pinterest 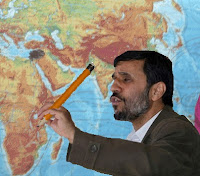 "I Don't Have A Single Nuke, Only a Large Pencil Named 'Duke'"
TEHRAN, IRAN - (@The Comedy News) - After warning the world for many years, Iranian President Mahmoud Ahmadinejad accomplished his controversial goal of erasing Israel completely from his map and globe collection.
Using a 20-centimeter pencil he won at a ring toss in Dubai on New Years Eve 2003, President Ahmadinejad staggered from room to room in his palace over the weekend, scribbling and erasing Israel from all of his maps.
According to sources, the 55-year-old President has been talking for years about finally using the big novelty pencil to carry out his irrational plans, so he does not have to see renderings of his least favorite regions of the world.
President Ahmadinejad has nicknamed his large novelty pencil "Duke" after the bloodhound dog from his favorite TV show as a kid, The Beverly Hillbillies.  Although the political leader has always wanted to have a bloodhound like the one featured on the TV show, he outlawed the possession of household pets in his country several years ago, and did not want to seem like a hypocrite.
So he settled for a big novelty pencil in lieu of a dog.  Ahmadinejad defends such a choice as "just following in line with the whole, 'pen is mightier than the sword' cliche."
People around the world have feared that President Ahmadinejad had ambitions of using nuclear weapons ("nukes") to escalate hostilities with rival countries.  However, he has now clarified that his possession of the pencil, "Duke", has been mispronounced by the international community and interpreted to be "Nuke".  Ahmadinejad calls these errors unforgivable and an "abomination to his freedom to keep, collect, and edit antique maps and globes".
Written by The Comedy News
Category WORLD
Email ThisBlogThis!Share to TwitterShare to FacebookShare to Pinterest