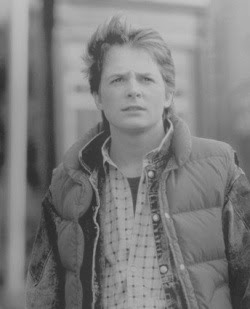 A new kid named Calvin Klein unexpectedly moved to the southern California town of Hill Valley. Within only a few days, he was seen among localites such as crackpot Emmitt Brown, science-fiction geek George McFly, sheltered sweetheart Lorriane Bains, and school bully Biff Tannen. Klein was last seen playing the electric guitar with the house band at the "Enchantment Under The Sea" Dance held at the high school gymnasium a few days later. No one has seen or heard from him since.


Written by The Comedy News
Category MOVIES
Email ThisBlogThis!Share to TwitterShare to FacebookShare to Pinterest